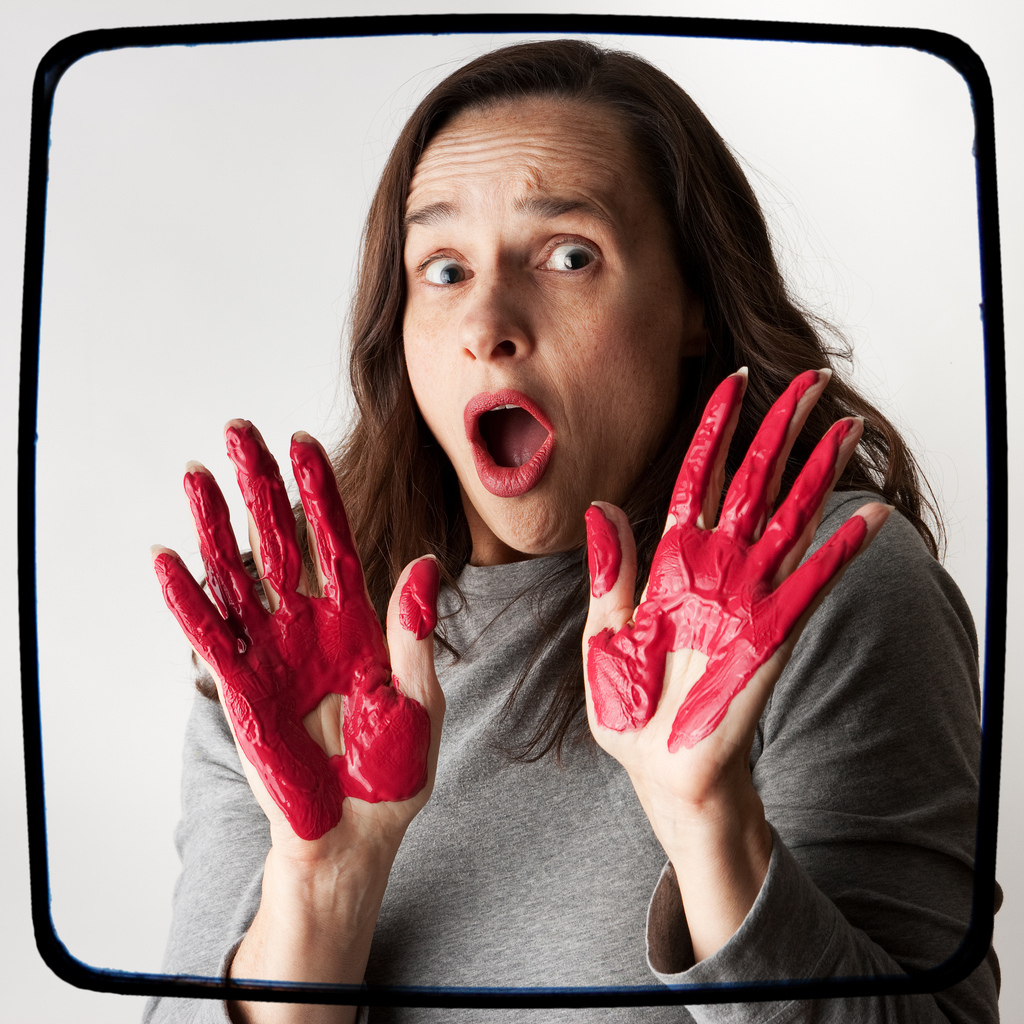 Also, catch in the act. Apprehend someone in the course of wrongdoing, as in The boys were trying to steal a car and the police caught them red-handed, or He tried to cheat on the exam, but his teacher walked in and caught him in the act. The first term referred to blood on a murderer’s hands and originally signified only that crime. Later it was extended to any offense. The variant (catch in the act) is a translation of the Latin in flagrante delicto, part of the Roman code and long used in English law.