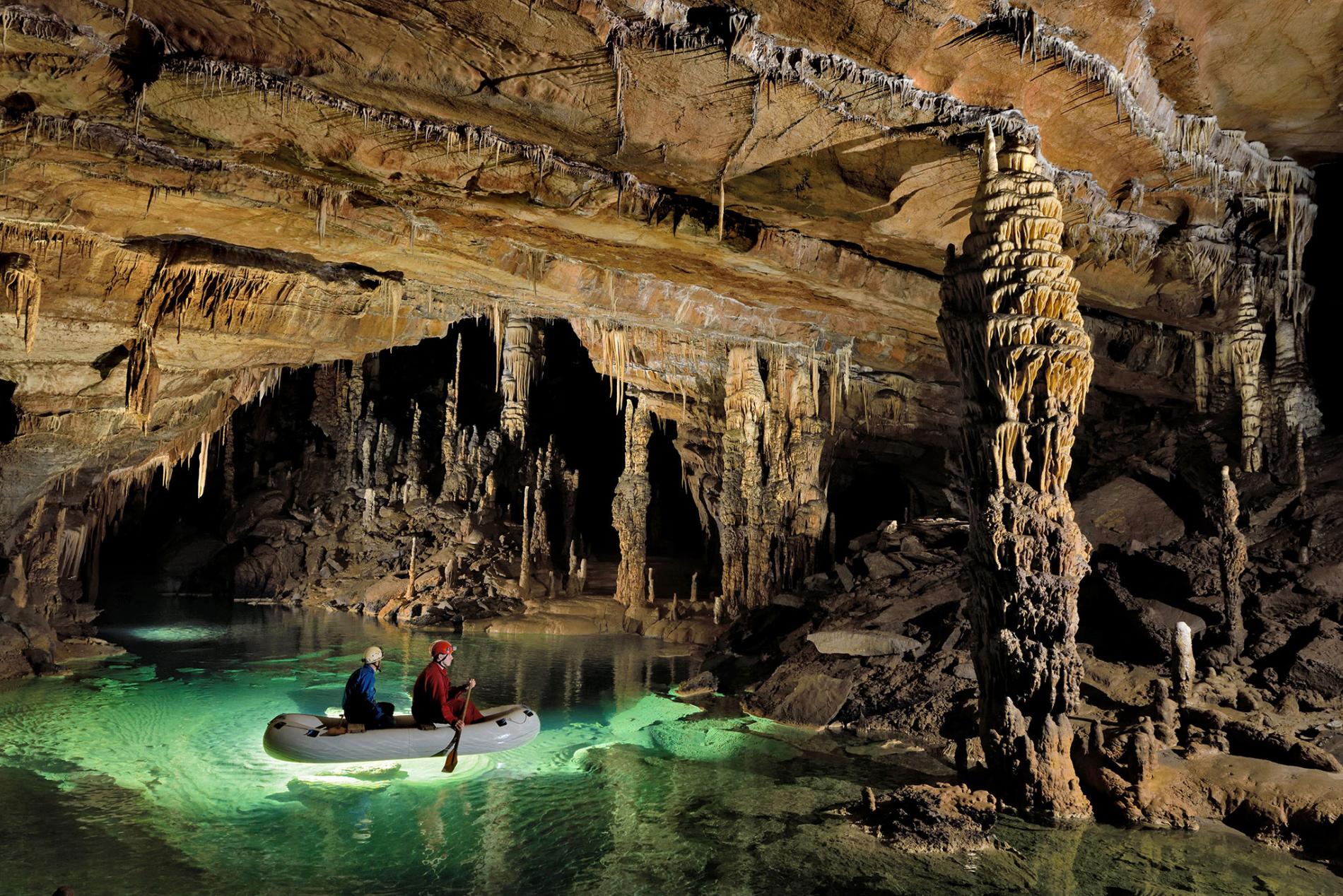 early 15c., caven, “to hollow something out,” from cave (n.). Modern sense “to collapse in or down” is 1707, American English, presumably from East Anglian dialectal calve “collapse, fall in,” perhaps from Flemish; subsequently influenced by cave (n.). Transitive sense by 1762. Related: Caved; caving. Figurative sense of “yield to pressure” is from 1837.