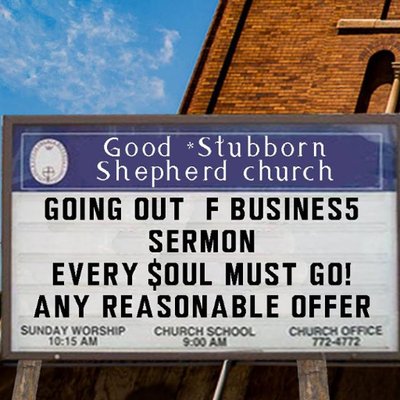 Greek kyriakon (adj.) “of the Lord” was used of houses of Christian worship since c.300, especially in the East, though it was less common in this sense than ekklesia or basilike. An example of the direct Greek-to-Germanic progress of many Christian words, via the Goths; it probably was used by West Germanic people in their pre-Christian period.

Church-bell was in late Old English. Church-goer is from 1680s. Church key is early 14c.; slang use for “can or bottle opener” is by 1954, probably originally U.S. college student slang. Church-mouse, proverbial in many languages for its poverty, is 1731 in English.

A group of Christians (see also Christian); church is a biblical word for “assembly.” It can mean any of the following: (1) All Christians, living and dead. (See saints.) (2) All Christians living in the world. (3) One of the large divisions or denominations of Christianity, such as the Eastern Orthodox Church, Methodist Church, or Roman Catholic Church. (4) An individual congregation of Christians meeting in one building; also the building itself.

Idioms and Phrases with churched church

see poor as a churchmouse.