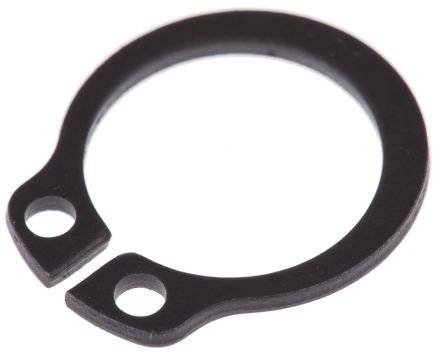 circlip noun engineering a flat spring ring split at one point so that it can be sprung open, passed over a shaft or spindle, and allowed to close into a closely fitting annular recess to form a collar on the shaft A similar design can be closed to pass into a bore and allowed to spring out into an annular recess to form a shoulder in the boreAlso called: retaining ring Liberaldictionary.com