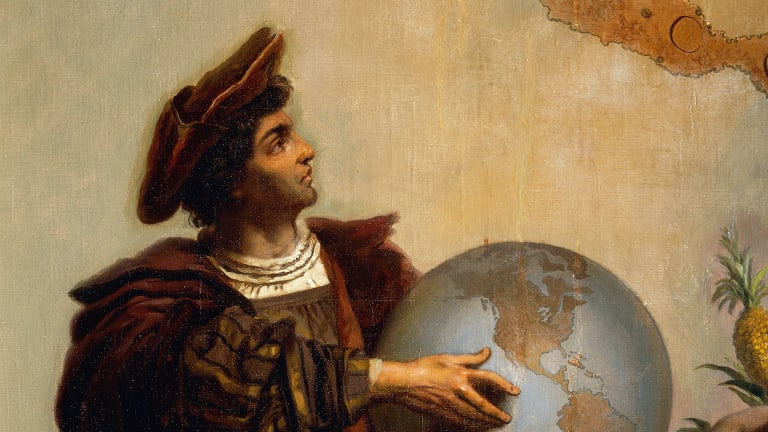 his name is Latinized from his native Italian Cristoforo Colombo, in Spanish Christobal Colon.

America was discovered accidentally by a great seaman who was looking for something else, and most of the exploration for the next fifty years was done in the hope of getting through or around it. [S.E. Morison, “The Oxford History of the United States,” 1965] christopher columbus in Culture Columbus