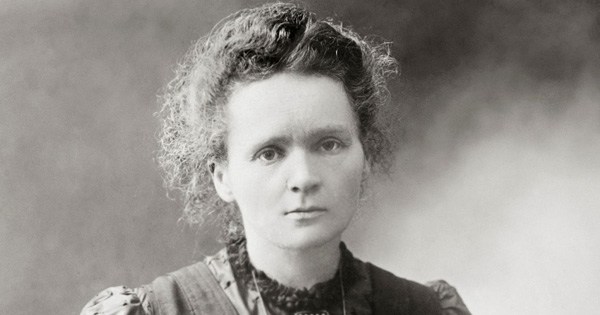 Biography: The study of radioactivity owes much of its start and early development to Marie Curie, born Maria Skłodowska in Poland in 1867. She was exposed to science early by her father, a mathematician and physicist, and in her young adulthood she moved to Paris, where she soon met many prominent physicists, including Pierre Curie, whom she married in 1895. In 1896 Henri Becquerel discovered a new phenomenon that Curie would soon name radioactivity, and together with Pierre she discovered two new elements, polonium and radium, in 1898. For their discovery of radioactivity, the three won the 1903 Nobel Prize for physics. In 1906, after her husband died unexpectedly, she filled his vacant professorship at the Sorbonne, becoming the first woman to teach there. In 1911 she became the first person to win a second Nobel Prize (for chemistry), which she received for the isolation of pure radium. This was an important feat because, before the invention of particle accelerators, radioactivity could only be effectively studied if one had an abundant and concentrated supply of highly radioactive sources; much of her work was spent developing techniques to create such stockpiles. Curie also saw the need for such supplies in medicine. Her frequent exposure to radioactivity apparently precipitated the leukemia that took her life in 1934, but her work was continued by her daughter Irène (1897-1956), already an important nuclear physicist in her own right. curie [kyur′ē, kyu-rē′]