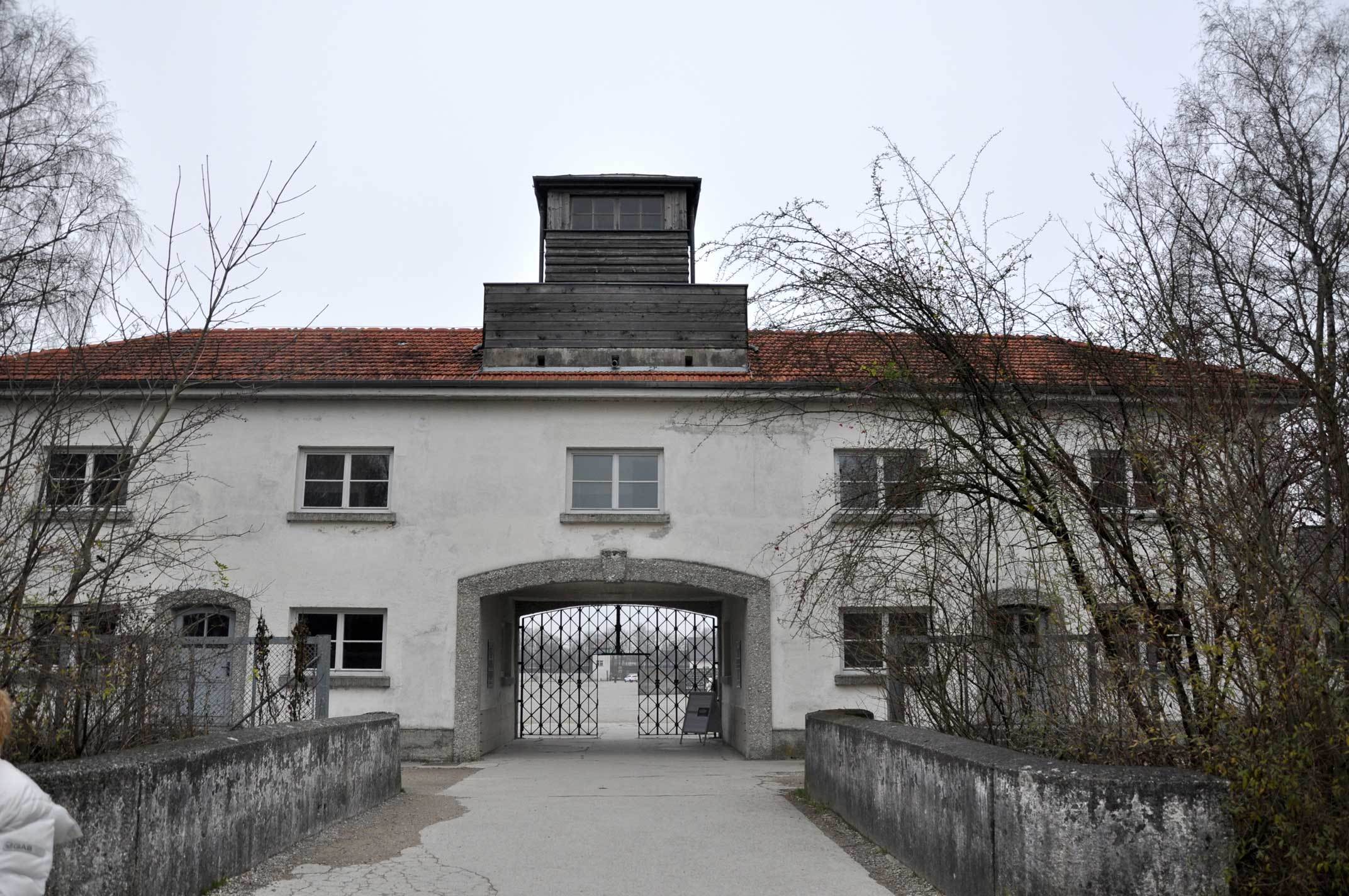 town in Bavaria, Germany, from Old High German daha “clay” + ouwa “island,” describing its situation on high ground by the Amper River. Infamous as the site of a Nazi concentration camp nearby, opened in 1933 as a detention site for political prisoners and surrendered to the U.S. Army April 29, 1945. Not a death camp per se, but as it was one of the places where inmates from other camps were sent as the Reich collapsed at the end of the war, and as it was one of the few large camps overrun by the British or American forces, it has come to symbolize Nazi atrocities in many minds in the West. “Arbeit Macht Frei” was spelled out in metal on the gate (as it was on other concentration camps, e.g. Gross-Rosen, Sachsenhausen, Theresienstadt).

A concentration camp established by the Nazis in southern Germany. (See Holocaust.)