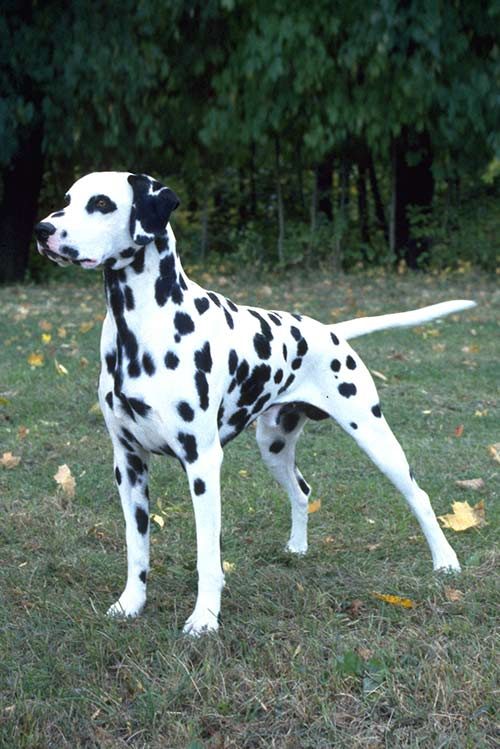 1810, spotted dog, presumably named for Dalmatia, but dog breeders argue over whether there is a Croatian ancestry for the breed, which seems to be represented in Egyptian bas-reliefs and Hellenic friezes. Popular in early 1800s as a carriage dog, to trot alongside carriages and guard them in owner’s absence. Even fire departments nowadays tend to spell it *Dalmation.