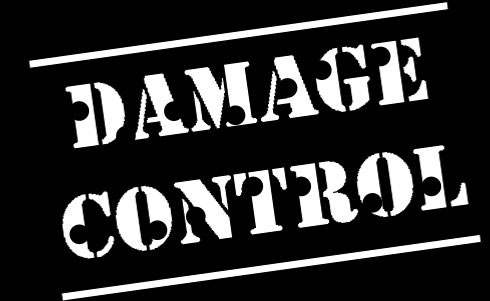 Measures to minimize or curtail loss or harm. For example, As soon as they discovered the leak to the press, the senator’s office worked night and day on damage control. Used literally since the 1950s, specifically for limiting the effect of an accident on a ship, this term began to be used figuratively in the 1970s.