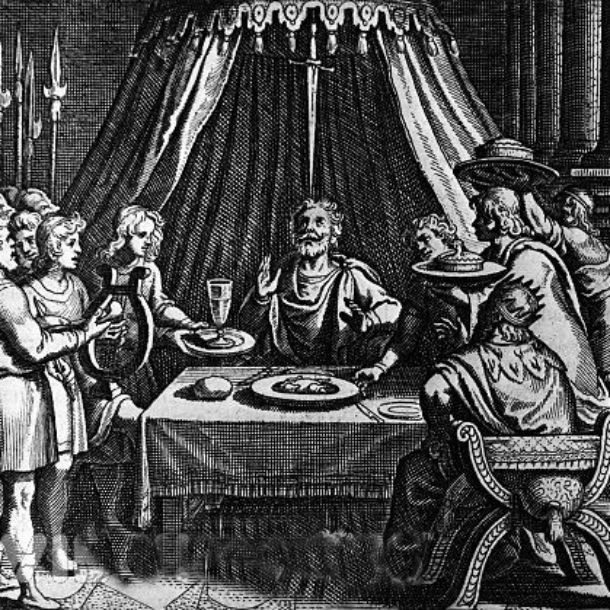 An object that figures in a legend about an actual Greek nobleman, Damocles. According to the story, Damocles frequently expressed his awe at the power and apparent happiness of his king. The king, tired of such flattery, held a banquet and seated Damocles under a sword that was suspended from the ceiling by a single hair — thus demonstrating that kingship brought with it fears and worries as well as pleasures.