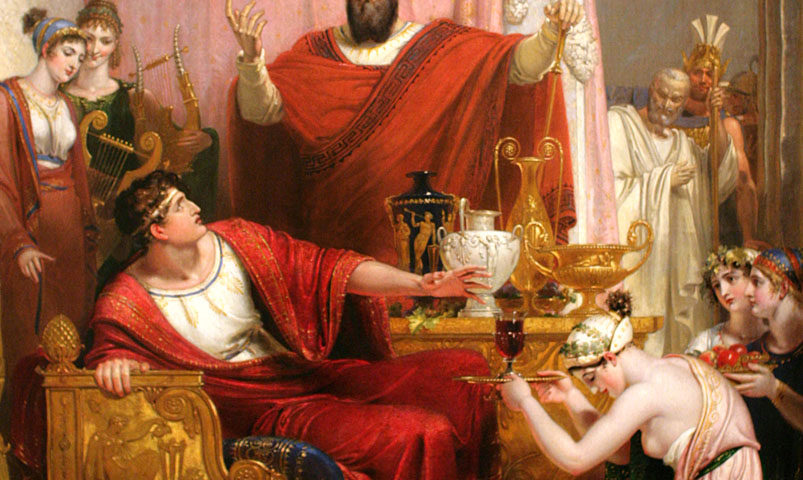 courtier of Dionysius I, tyrant of Syracuse; his name in Greek means literally “fame of the people,” from demos, damos “people” (see demotic) + -kles “fame,” a common ending in Greek proper names (e.g. Sophocles, Pericles), from PIE *klew-es, from root *kleu- “to hear” (see listen). To teach Damocles how a tyrant lives, Dionysius seated him at a banquet with a sword suspended above his head by a single hair.