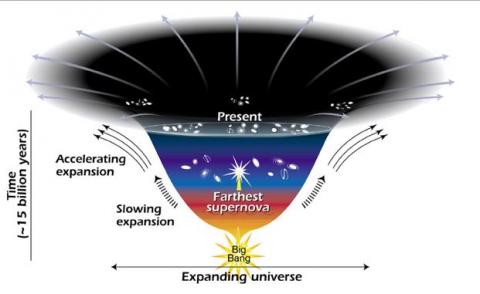 An as yet unknown and unidentified form of energy that pervades the universe and produces a force that counteracts the gravitational attraction between galaxies.