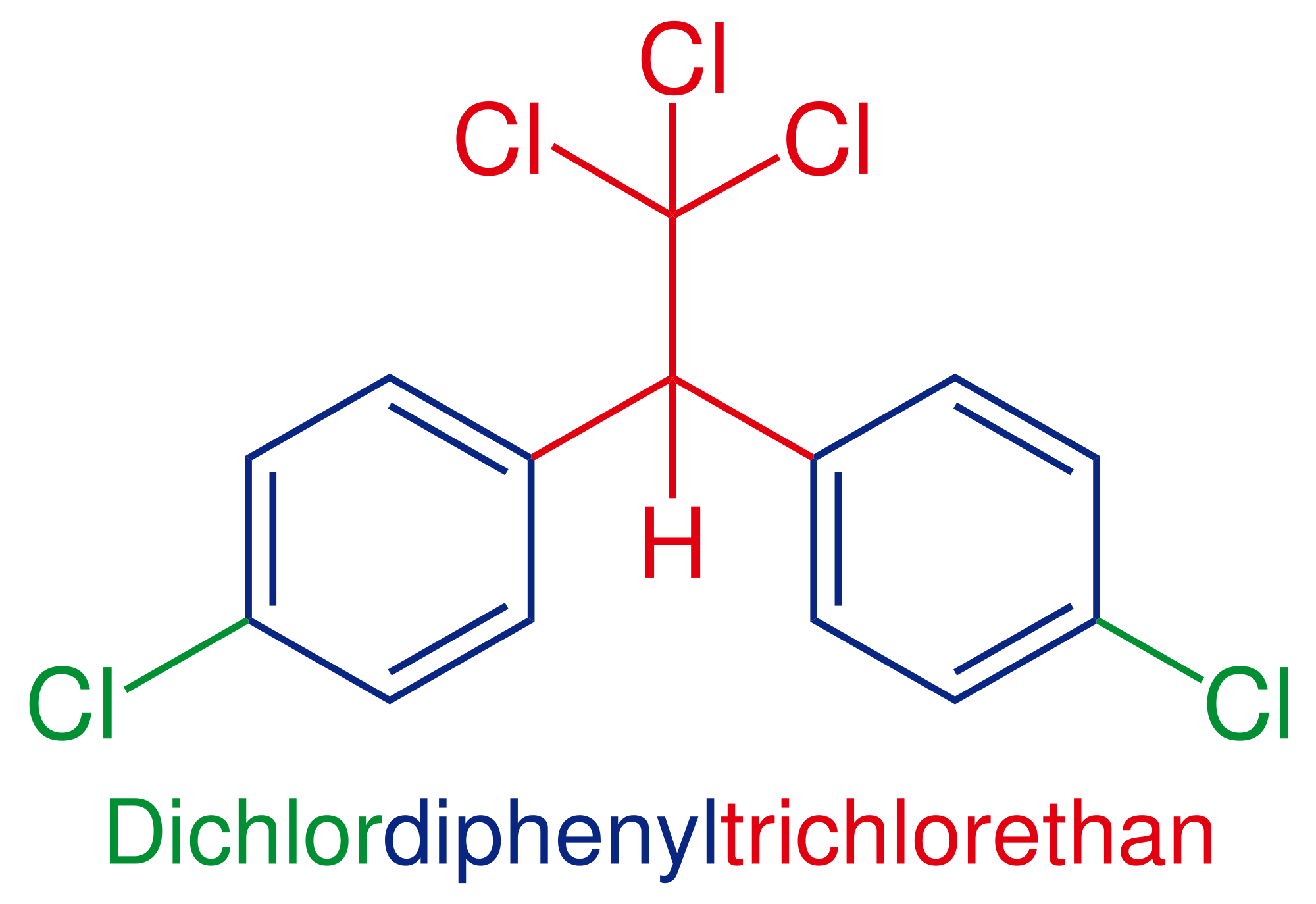 A colorless insecticide that kills on contact. It is poisonous to humans and animals when swallowed or absorbed through the skin. DDT is an abbreviation for dichlorodiphenyltrichloroethane.