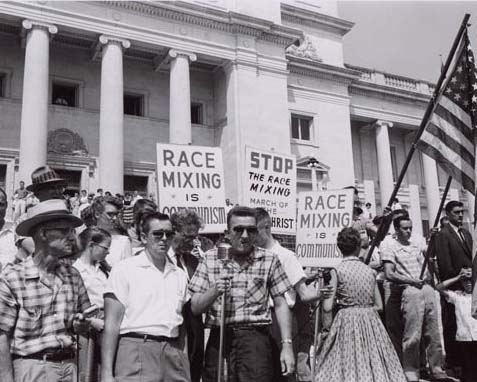 Racial segregation, especially in public schools, that happens “by fact” rather than by legal requirement. For example, often the concentration of African-Americans in certain neighborhoods produces neighborhood schools that are predominantly black, or segregated in fact (de facto), although not by law (de jure).