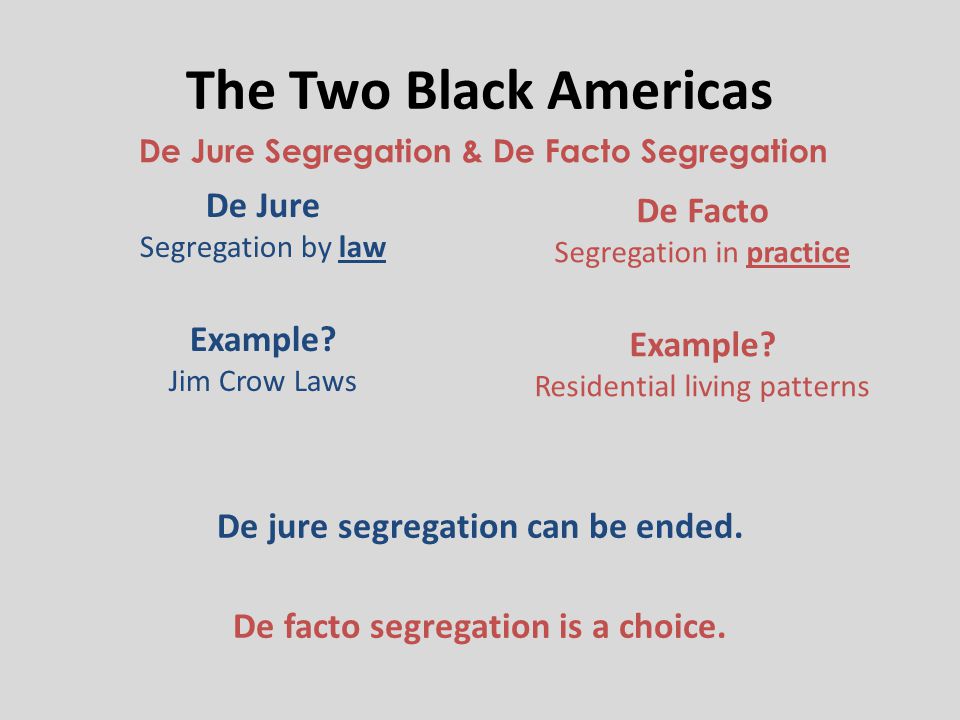 Determined by law. In the American South, racial segregation was de jure, but in the North, it was de facto.