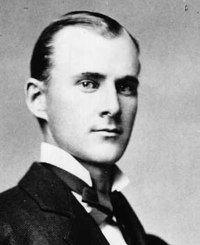 A political leader of the late nineteenth and early twentieth centuries. Debs was five times the presidential candidate of the Socialist party. He was imprisoned in the 1890s for illegally encouraging a railway strike; Clarence Darrow was his defense attorney. During World War I, he was imprisoned again, this time for his criticism of the war.