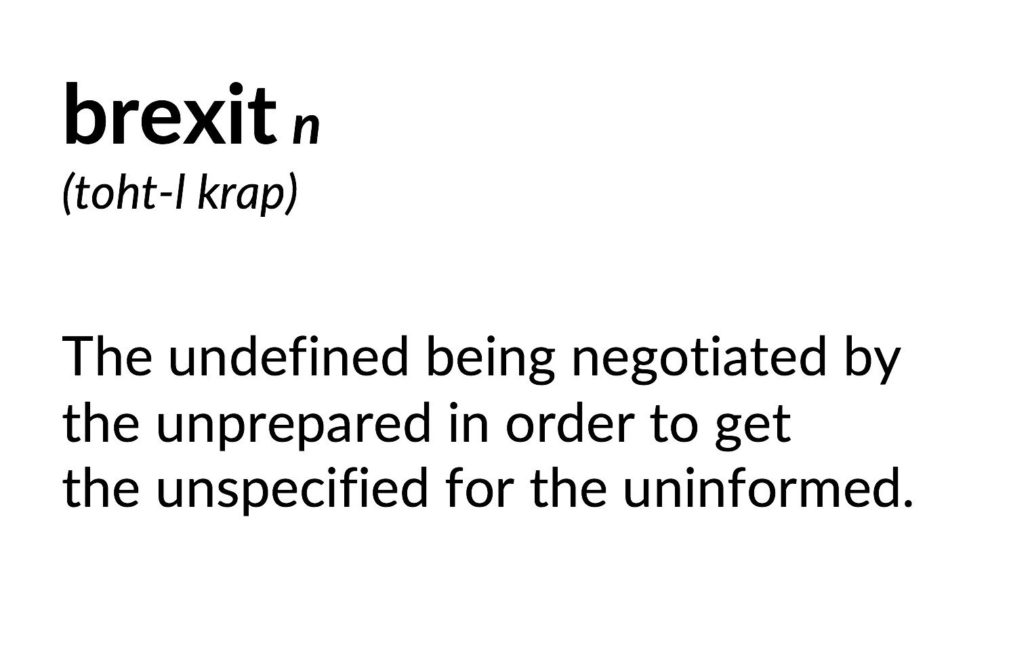 In logic, meaning “act of stating what something means” is from 1640s; meaning “a statement of the essential nature of something” is from late 14c.; the special focus on words developed after c.1550. Meaning “degree of distinctness of the details in a picture” is from 1889.