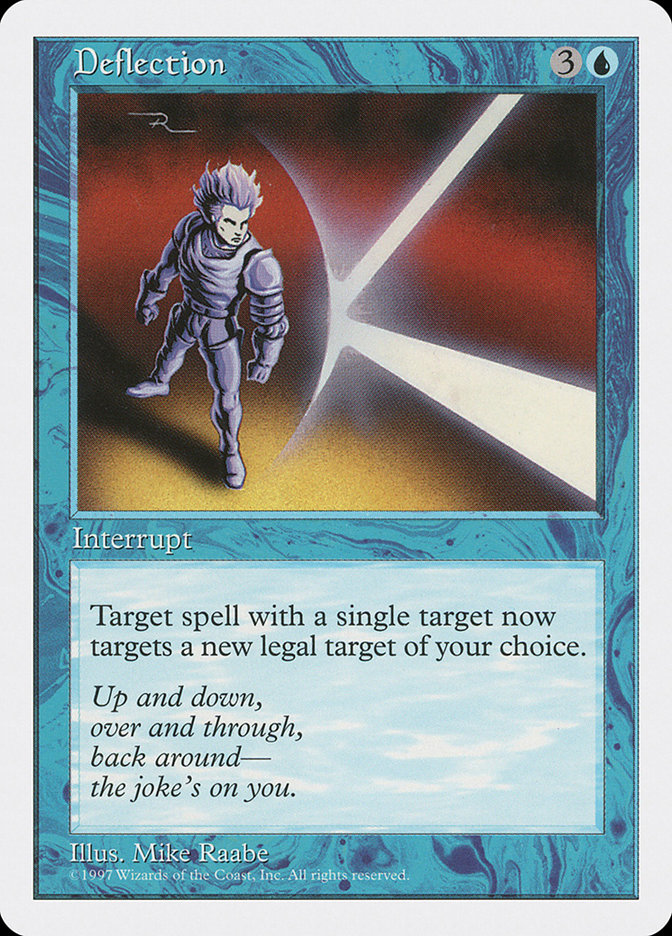 also (and with more etymological propriety) deflexion, c.1600, from Latin deflexionem, noun of action from past participle stem of deflectere (see deflect). Both forms were present 17c., but the spelling with -c- has come to predominate.