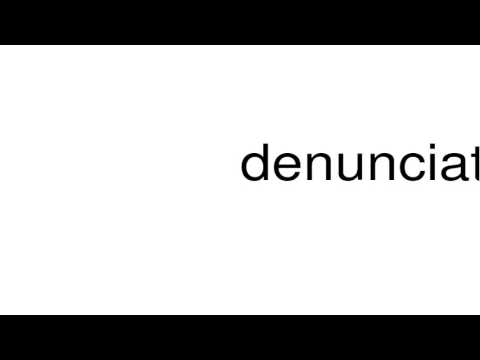 1590s, from Latin denunciatus, past participle of denuntiare (see denounce). The same word as denounce, but directly from Latin. Not widely used except in its noun form, denunciation.