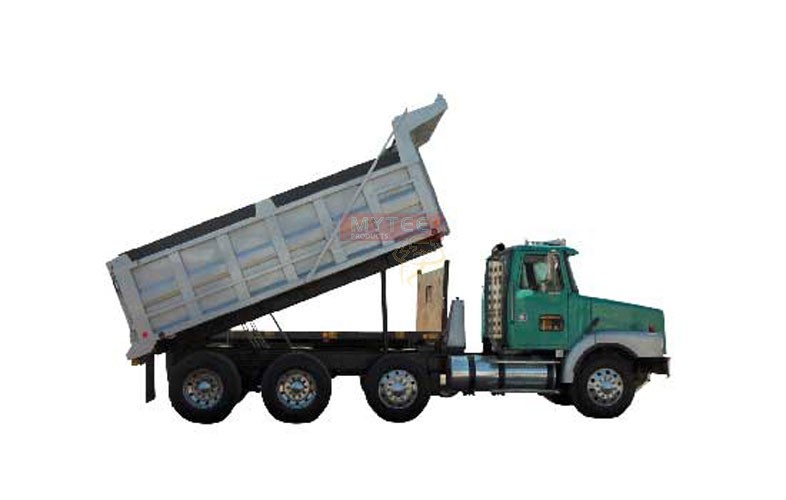 dump truck or dump·truck WORD ORIGIN noun a usually open-topped truck having a body that can be tilted to discharge its contents, as sand or gravel, through an open tailgate. Liberaldictionary.com