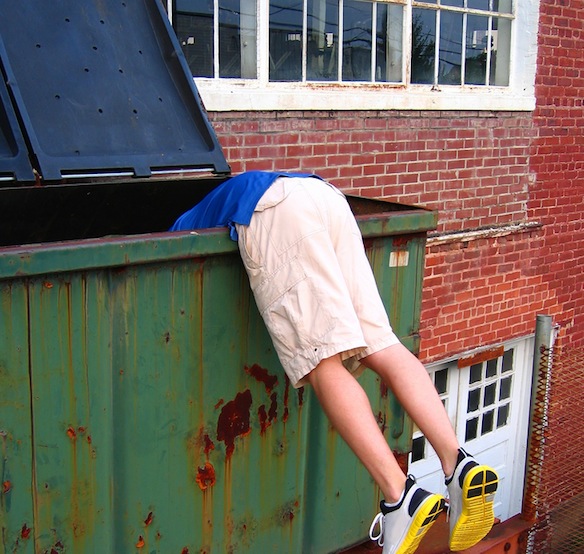 dumpster diving or Dumpster diving EXAMPLES| noun the practice of foraging in garbage that has been put out on the street in dumpsters, garbage cans, etc., for discarded items that may still be valuable, useful, or fixable. Liberaldictionary.com