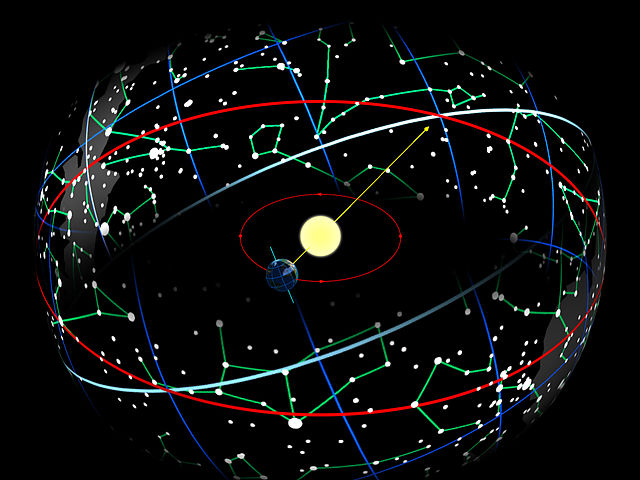 late 14c., “the circle in the sky followed by the Sun,” from Medieval Latin ecliptica, from Late Latin (linea) ecliptica, from Greek ekliptikos “of an eclipse” (see eclipse (n.)). So called because eclipses happen only when the Moon is near the line. Related: Ecliptical.