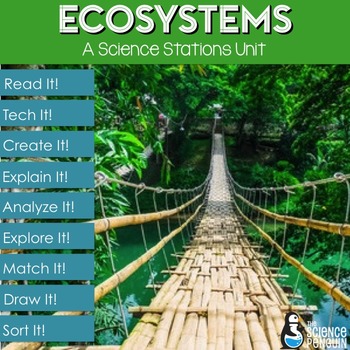 A collection of living things and the environment in which they live. For example, a prairie ecosystem includes coyotes, the rabbits on which they feed, and the grasses that feed the rabbits.