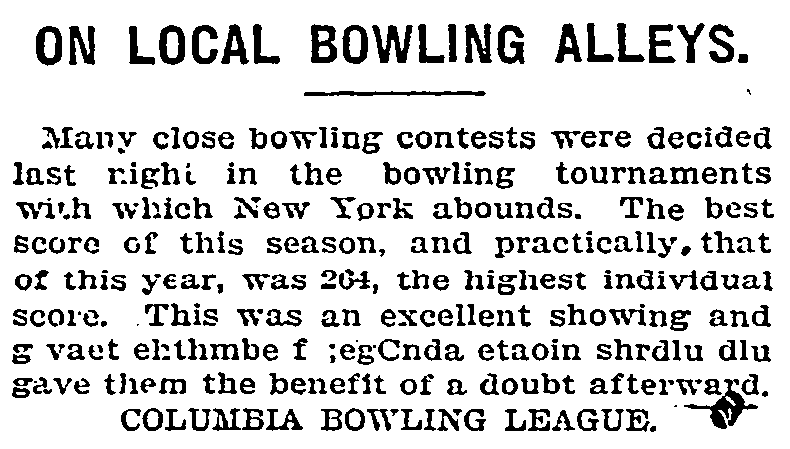 1931, journalism slang, the sequence of characters you get if you sweep your finger down the two left-hand columns of Linotype keys, which is what typesetters did when they bungled a line and had to start it over. It was a signal to cut out the sentence, but it nonetheless sometimes slipped past harried compositors and ended up in print.