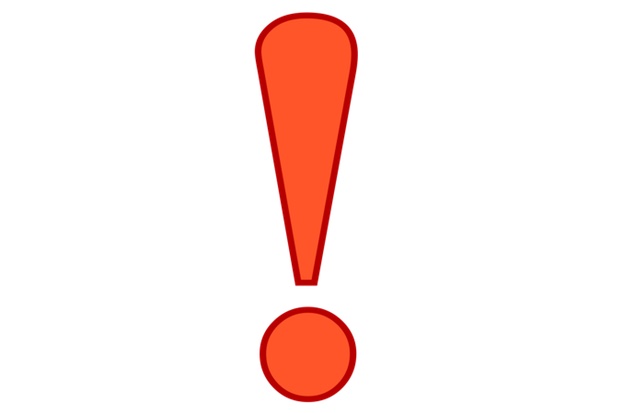 A punctuation mark (!) used after an abrupt and emphatic statement or after a command: “‘Help!’ he cried, as his boat floated toward the edge of Niagara Falls.”