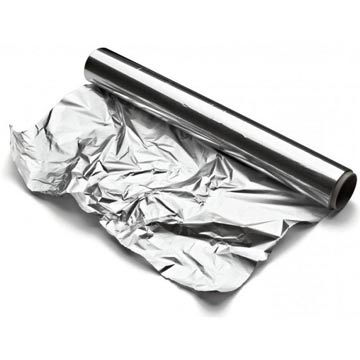 c.1300, foilen “to spoil a trace or scent by running over it,” irregularly from Old French fouler “trample,” from Vulgar Latin *fullare “to clean cloth” (by treading on it), from Latin fullo “one who cleans cloth, fuller,” of unknown origin.

The sense of “one who enhances another by contrast” (1580s) is from the practice of backing a gem with metal foil to make it shine more brilliantly. The meaning “light sword used in fencing” (1590s) could be from this sense, or from foil (v.). The modern sense of “metallic food wrap” is from 1946.