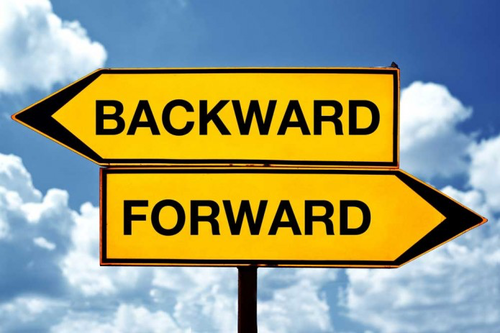 Middle English, from forward + adverbial genitive -s. British English until mid-20c. preserved the distinction between forward and forwards, the latter expressing “a definite direction viewed in contrast with other directions.” In American English, however, forward prevails in all senses since Webster (1832) damned forwards as “a corruption.”