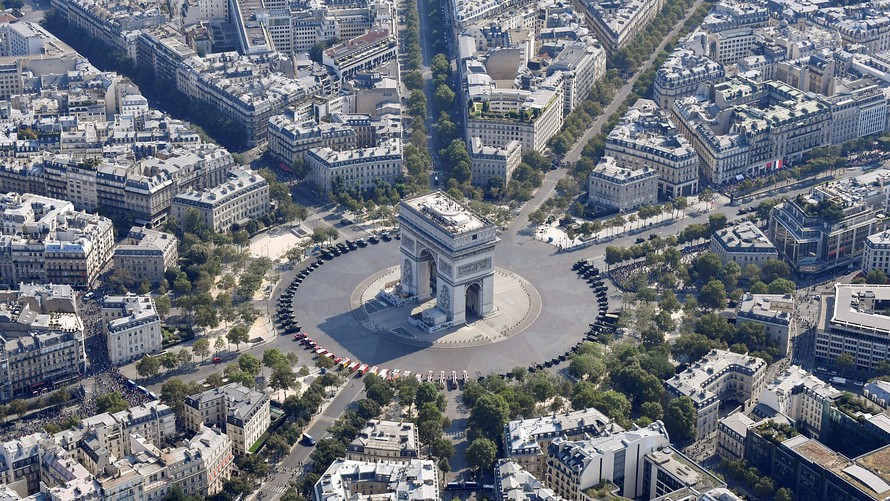 Nation in Europe bordered by Belgium and Luxembourg to the north; Germany, Switzerland, and Italy to the east; the Mediterranean Sea and Spain to the south; and the Atlantic Ocean to the west. Its capital and largest city is Paris.

Note During the reign of Louis XIV (1653–1715), France was a principal world power and cultural center of Europe.Note The French Revolution, organized by leaders of the middle class and lower class, brought about an end to the French absolute monarchy and forged a transition from feudalism to the industrial era. A bloody and chaotic period, the Revolution helped lay the foundations of modern political philosophy and ultimately engulfed much of Europe in the Napoleonic Wars. (See Napoleon Bonaparte.)Note In the French and Indian War in the 1750s, the British and colonial forces drove the French from Canada and the region of the Great Lakes.Note In World War I, France was one of the Allies; much of that war was fought on French soil.Note In World War II, France’s military resistance to the German army collapsed in the spring of 1940. Germans occupied much of France from 1940 to 1944. In 1944, the Allies invaded France, along with French troops, and drove the Germans out of France, finally defeating them in 1945.Note France is known for its wine, cheese, and cooking. The New Dictionary of Cultural Literacy, Third Edition Copyright © 2005 by Houghton Mifflin Harcourt Publishing Company. Published by Houghton Mifflin Harcourt Publishing Company. All rights reserved.