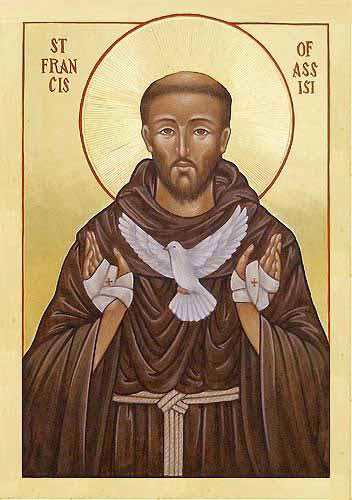 A saint of the Roman Catholic Church who lived in Italy in the thirteenth century and is known for his simplicity, devotion to poverty, and love of nature. (See Franciscans.)