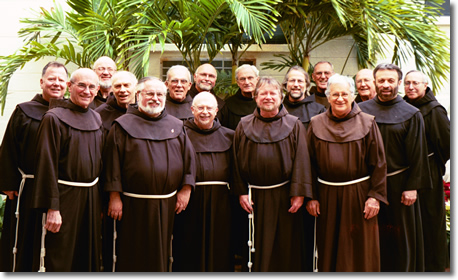 Franciscan [fran-sis-kuh n] EXAMPLES|WORD ORIGIN adjective of or relating to St. Francis or the Franciscans. noun a member of the mendicant order founded by St. Francis in the 13th century. Liberaldictionary.com