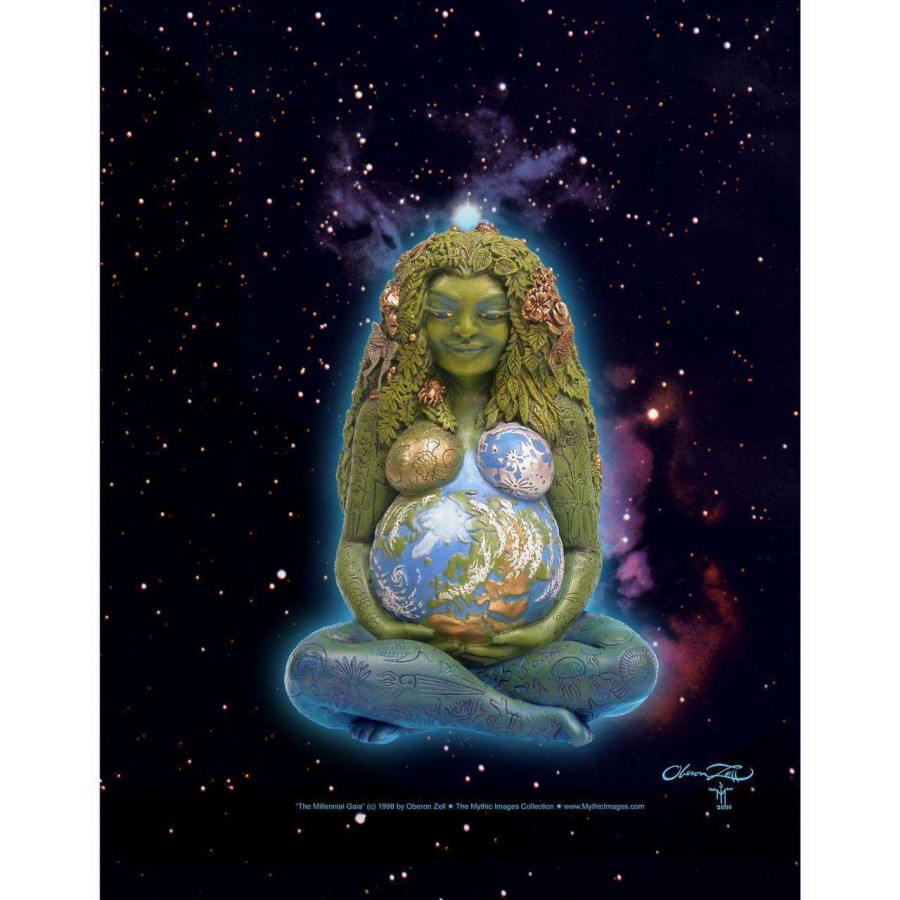 Earth as a goddess, from Greek Gaia, spouse of Uranus, mother of the Titans, personification of gaia “earth,” as opposed to heaven, “land,” as opposed to sea, “a land, country, soil,” a collateral form of ge (Dorian ga) “earth,” of unknown origin, perhaps pre-Indo-European. The Roman equivalent goddess of the earth was Tellus (see tellurian), sometimes used in English poetically or rhetorically for “Earth personified” or “the Earth as a planet.”

The Greek goddess of the Earth and primal mother figure, who gave birth to the sky, the mountains, and the sea. She was also the mother of the giant Titans and the Cyclopes (see Cyclops).