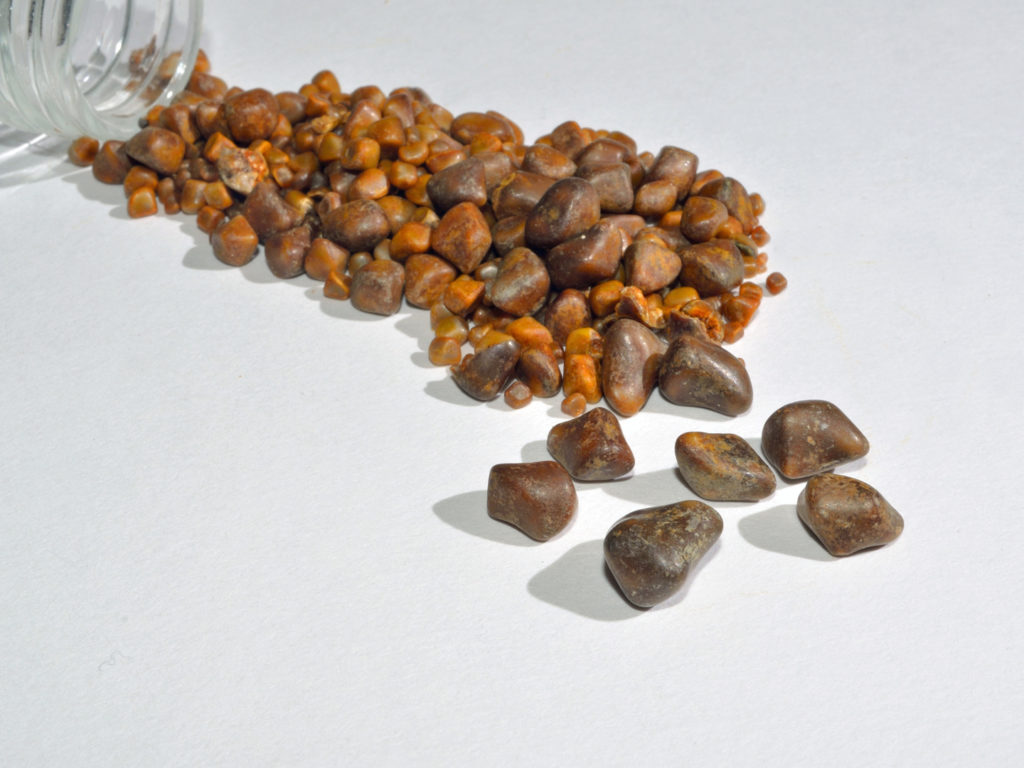 A hard, pebblelike material deposited in the gallbladder or bile ducts by the process of chemical precipitation. Gallstones can cause considerable pain and can even obstruct the flow of bile from the gallbladder. On some occasions, the entire gallbladder must be removed by surgery.