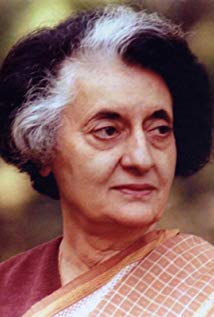 An Indian political leader of the twentieth century. She was the daughter of Jawaharlal Nehru, India’s first prime minister, and she served herself as prime minister of India from 1966 to 1977. Indira connected with the poor and dispossessed of India, and she was instrumental in securing the independence of Bangladesh. Yet her record for helping the dispossessed was marred by the State of Emergency, which she imposed from 1975 to 1977, when democratic norms were suspended and the press censored. She served as prime minister again from 1980 until 1984, when she was assassinated by her own bodyguards.