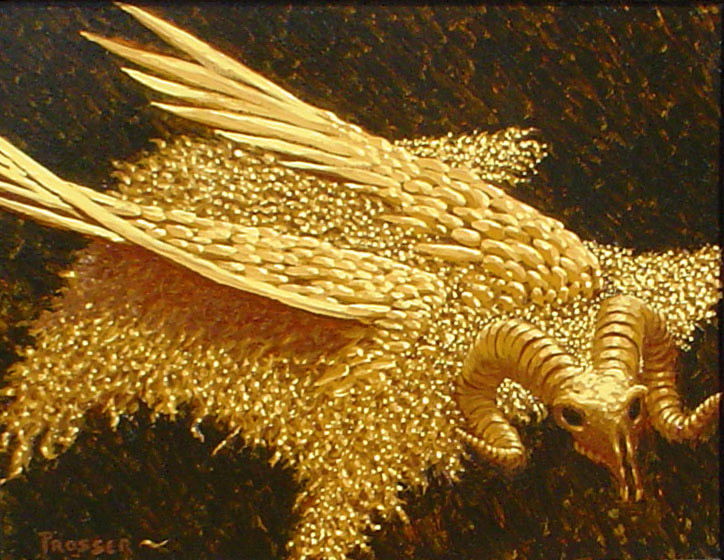 In classical mythology, the pure gold fleece of a miraculous flying ram. Jason and the Argonauts made their voyage in quest of it. The fleece was kept in a kingdom on the Black Sea.