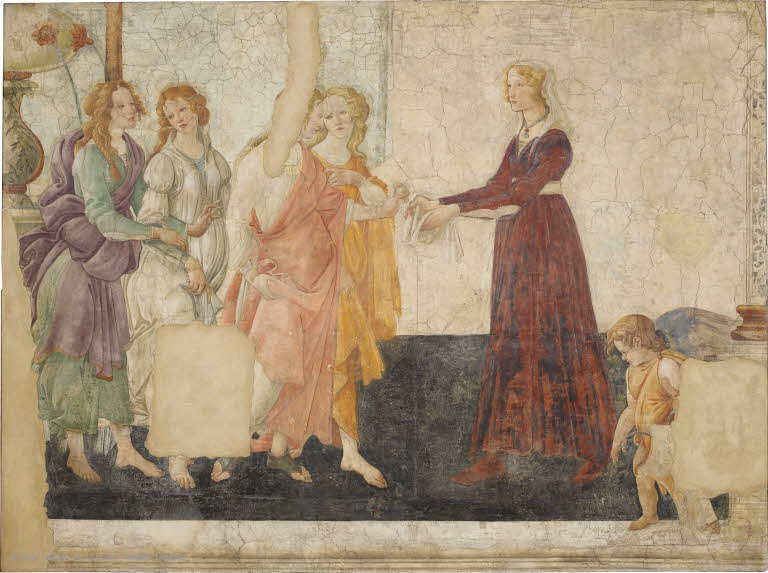 grace [greys] EXAMPLES|WORD ORIGIN|IDIOMS noun elegance or beauty of form, manner, motion, or action: We watched her skate with effortless grace across the ice. a pleasing or attractive quality or endowment: He lacked the manly graces. favor or goodwill. a manifestation of favor, especially by a superior: It was only through the dean’s grace that I wasn’t expelled from school. mercy; clemency; pardon: He was saved by an act of grace from the governor. favor shown in granting a delay or temporary immunity. an allowance of time after a debt or bill has become payable granted to the debtor before suit can be brought against him or her or a penalty applied: The life insurance premium is due today, but we have 31 days’ grace before the policy lapses.Compare grace period. Theology.

moral strength: the grace to perform a duty. a short prayer before or after a meal, in which a blessing is asked and thanks are given: Grandfather will now say grace. (usually initial capital letter) a formal title used in addressing or mentioning a duke, duchess, or archbishop, and formerly also a sovereign (usually preceded by your, his, etc.). Graces, Classical Mythology. the goddesses of beauty, daughters of Zeus and Eurynome, worshiped in Greece as the Charities and in Rome as the Gratiae. Music. grace note. SEE MORESEE LESS verb (used with object), graced, grac·ing. to lend or add grace to; adorn: Many fine paintings graced the rooms of the house. to favor or honor: to grace an occasion with one’s presence. Liberaldictionary.com

have the grace to, to be so kind as to: Would you have the grace to help, please? in someone’s good/bad graces, regarded with favor (or disfavor) by someone: It is a wonder that I have managed to stay in her good graces this long. with bad grace, reluctantly; grudgingly: He apologized, but did so with bad grace.Also with a bad grace. with good grace, willingly; ungrudgingly: She took on the extra work with good grace.

Origin of grace 1125–75; Middle English Old French Latin grātia favor, kindness, esteem, derivative of grātus pleasingRelated formsgrace·like, adjectiveun·graced, adjectiveWord story ¡Gracias! Grazie! When a Spanish or Italian speaker says thanks, they are invoking one of the meanings behind the word grace. That’s because grace, gracias, and grazie all descend from the same Latin word, grātia.
For the ancient Romans, grātia had three distinct meanings: (1) a pleasing quality, (2) favor or goodwill, and (3) gratitude or thanks. We find all three of these meanings in modern-day English. The first when we describe someone as having (or not having) grace: “Dancing, she had all the grace of an elephant on skates.” The second when we talk about giving or getting grace: “by the grace of God.” And the third when we say grace (i.e., “thanks”) at a meal.
So if you have something to be grateful for, you can say thank-you, grātia, gracias, or grazie. Just make sure you don’t give that something a coup de grâce.Popular references
— Amazing Grace: A hymn written by English clergyman John Newton, who participated in the slave trade before finding religion.
— Grace: Jeff Buckley’s sole studio album, released in 1994, just three years before his early death.Related Quotations

British Dictionary definitions for graces Graces pl n Greek myth three sisters, the goddesses Aglaia, Euphrosyne, and Thalia, givers of charm and beauty grace noun elegance and beauty of movement, form, expression, or proportion a pleasing or charming quality goodwill or favour the granting of a favour or the manifestation of goodwill, esp by a superior a sense of propriety and consideration for others (plural)

a short prayer recited before or after a meal to invoke a blessing upon the food or give thanks for it music a melodic ornament or decoration See days of grace with bad grace or with a bad grace unwillingly or grudgingly with good grace or with a good grace willingly or cheerfully verb (tr) to add elegance and beauty toflowers graced the room (tr) to honour or favourto grace a party with one’s presence to ornament or decorate (a melody, part, etc) with nonessential notes Word Origin for grace C12: from Old French, from Latin grātia, from grātus pleasing Grace 1 noun (preceded by your, his, or her) a title used to address or refer to a duke, duchess, or archbishop Grace 2 noun W (illiam) G (ilbert). 1848–1915, English cricketer Collins English Dictionary – Complete & Unabridged 2012 Digital Edition © William Collins Sons & Co. Ltd. 1979, 1986 © HarperCollins Publishers 1998, 2000, 2003, 2005, 2006, 2007, 2009, 2012 Word Origin and History for graces Grace

Sense of “virtue” is early 14c., that of “beauty of form or movement, pleasing quality” is mid-14c. In classical sense, “one of the three sister goddesses (Latin Gratiæ, Greek Kharites), bestowers of beauty and charm,” it is first recorded in English 1579 in Spenser. The short prayer that is said before or after a meal (early 13c.; until 16c. usually graces) has a sense of “gratitude.”

Greek and Roman goddesses of loveliness and charm. According to most stories, there were three of them. They were supposed to be invited to every banquet.