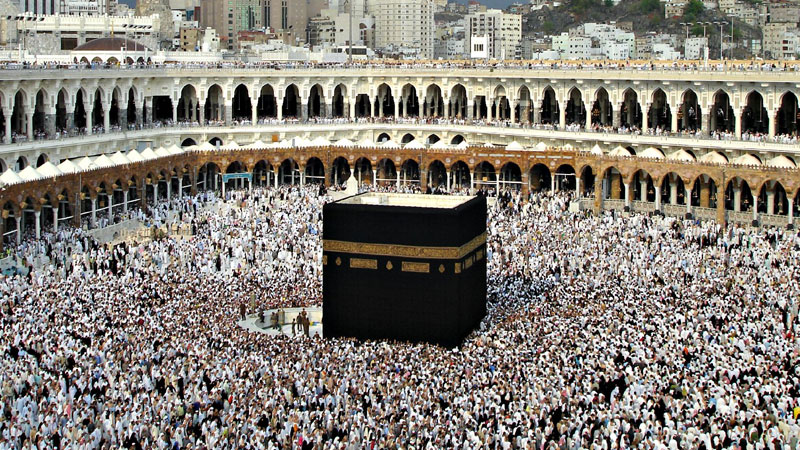 “pilgrimage to Mecca,” from Arabic hajj “pilgrimage,” from hajja “he went on a pilgrimage.” Related to Hebrew haghagh “he made a pilgrimage, celebrated a feast,” hagh “a gathering.” One who has made it is a hajji.