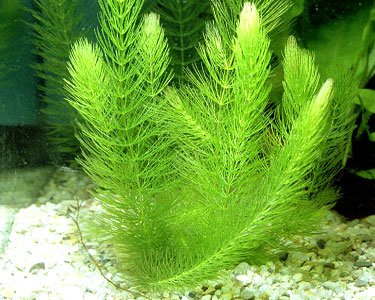 British Dictionary definitions for hornwort hornwort noun any aquatic plant of the genus Ceratophyllum, forming submerged branching masses in ponds and slow-flowing streams: family Ceratophyllaceae any of a group of bryophytes belonging to the phylum Anthocerophyta, resembling liverworts but with hornlike sporophytes Collins English Dictionary – Complete & Unabridged 2012 Digital Edition © William Collins Sons & Co. Ltd. 1979, 1986 © HarperCollins Publishers 1998, 2000, 2003, 2005, 2006, 2007, 2009, 2012 hornwort in Science hornwort [hôrn′wûrt′, -wôrt′] Any of about 100 species of small bryophyte plants belonging to the phylum Anthocerophyta. Unlike liverworts but like mosses, hornwort sporophytes have stomata. The hornwort gametophyte consists of a low thallus, out of which numerous slender, upright sporophytes tipped with sporangia grow. The sporophyte has a meristem that elongates the sporophyte with new growth, a feature that distinguishes the plant from the other bryophytes. The name of the hornworts was suggested by the hornlike appearance of the sporophytes. See more at bryophyte. The American Heritage® Science Dictionary Copyright © 2011. Published by Houghton Mifflin Harcourt Publishing Company. All rights reserved.