i have not yet begun to fight 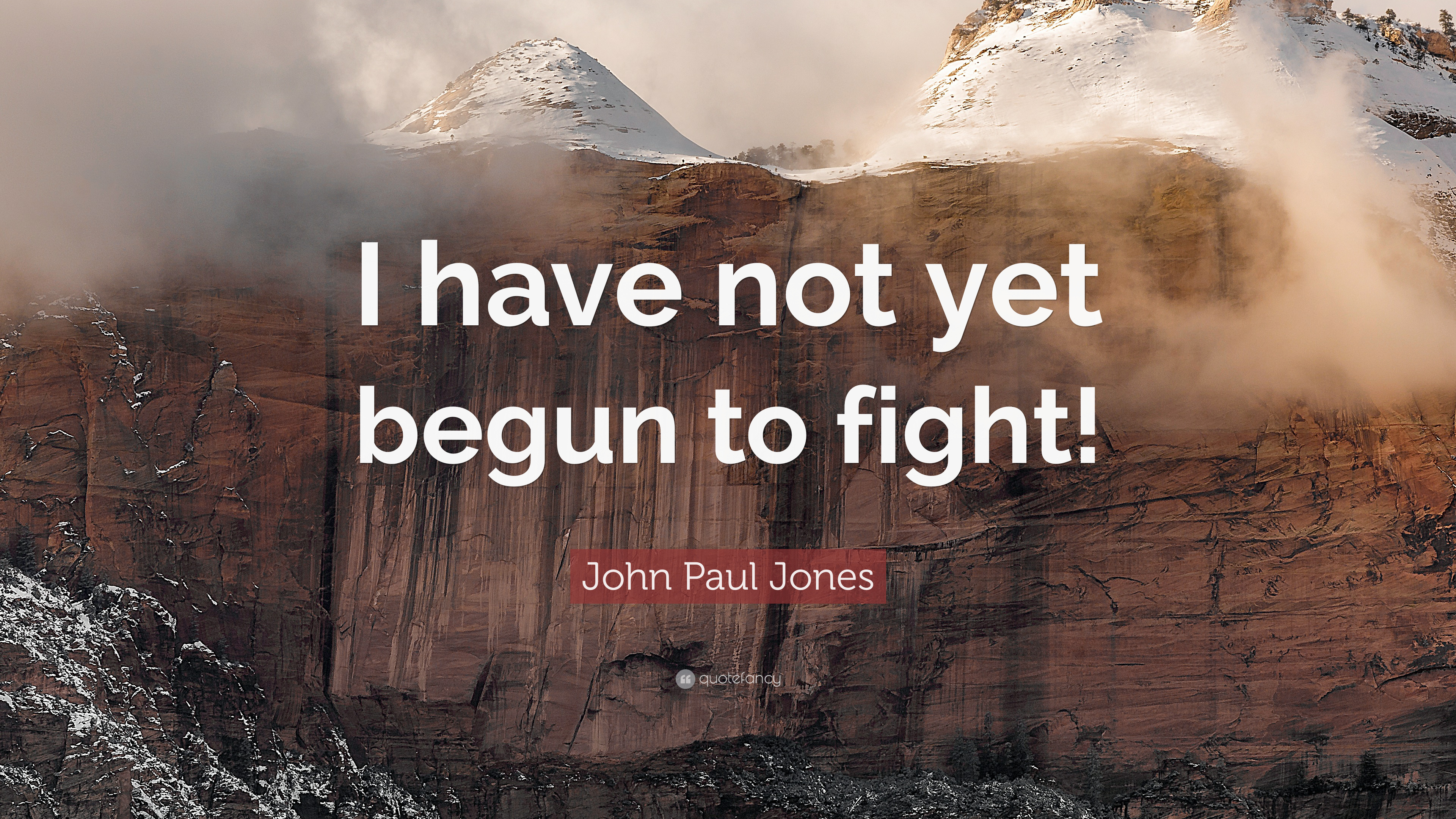 Words attributed to the eighteenth-century naval hero John Paul Jones. He was doing battle with a British ship when his own ship was badly damaged, and the British commander called over to ask whether Jones had surrendered. He answered, “I have not yet begun to fight.” He and his crew then captured the British ship. His own ship later sank.