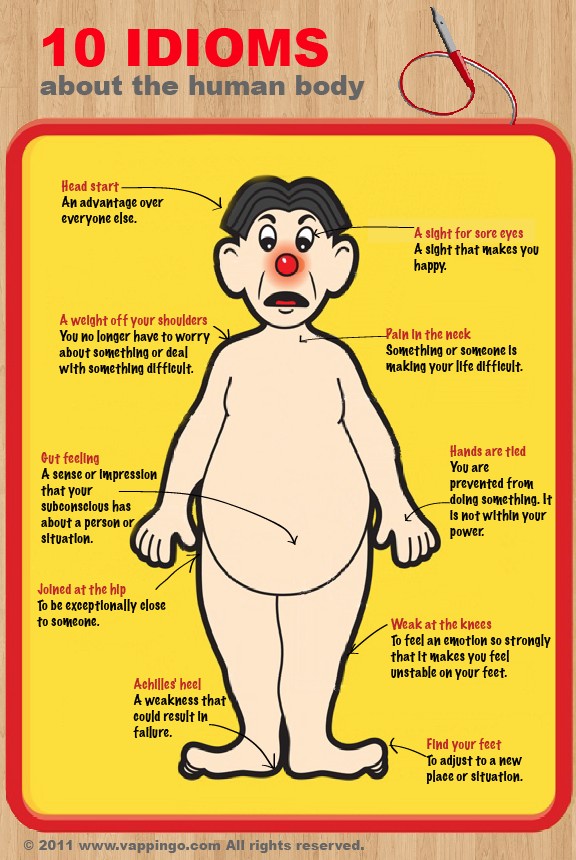 1580s, “form of speech peculiar to a people or place,” from Middle French idiome (16c.) and directly from Late Latin idioma “a peculiarity in language,” from Greek idioma “peculiarity, peculiar phraseology,” from idioumai “to appropriate to oneself,” from idios “personal, private,” properly “particular to oneself,” from PIE *swed-yo-, suffixed form of root *s(w)e-, pronoun of the third person and reflexive (referring back to the subject of a sentence), also used in forms denoting the speaker’s social group, “(we our-)selves” (cf. Sanskrit svah, Avestan hva-, Old Persian huva “one’s own,” khva-data “lord,” literally “created from oneself;” Greek hos “he, she, it;” Latin suescere “to accustom, get accustomed,” sodalis “companion;” Old Church Slavonic svoji “his, her, its,” svojaku “relative, kinsman;” Gothic swes “one’s own;” Old Norse sik “oneself;” German Sein; Old Irish fein “self, himself”). Meaning “phrase or expression peculiar to a language” is from 1620s.

A traditional way of saying something. Often an idiom, such as “under the weather,” does not seem to make sense if taken literally. Someone unfamiliar with English idioms would probably not understand that to be “under the weather” is to be sick. (See examples under “Idioms.”)