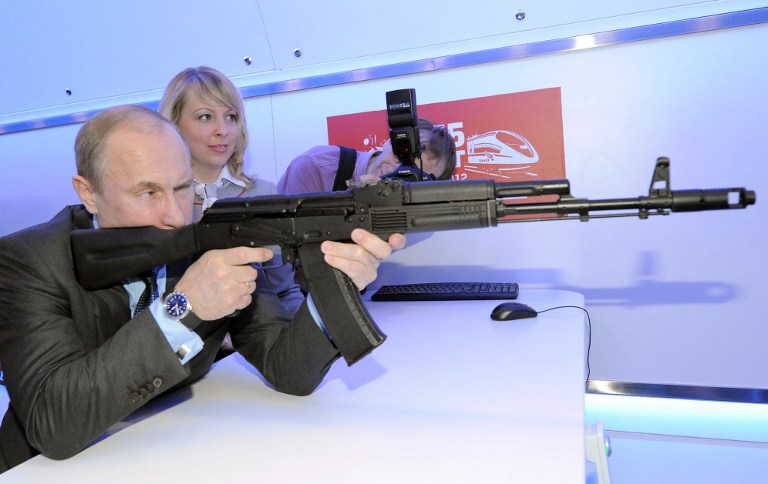 type of rifle or submachine gun made in the U.S.S.R., 1968, from Russian Kalashnikov, weapon developed in Soviet Union c.1946 and named for Mikhail Kalashnikov, gun designer and part of the team that built it. In AK-47, the AK stands for Avtomat Kalashnikov.