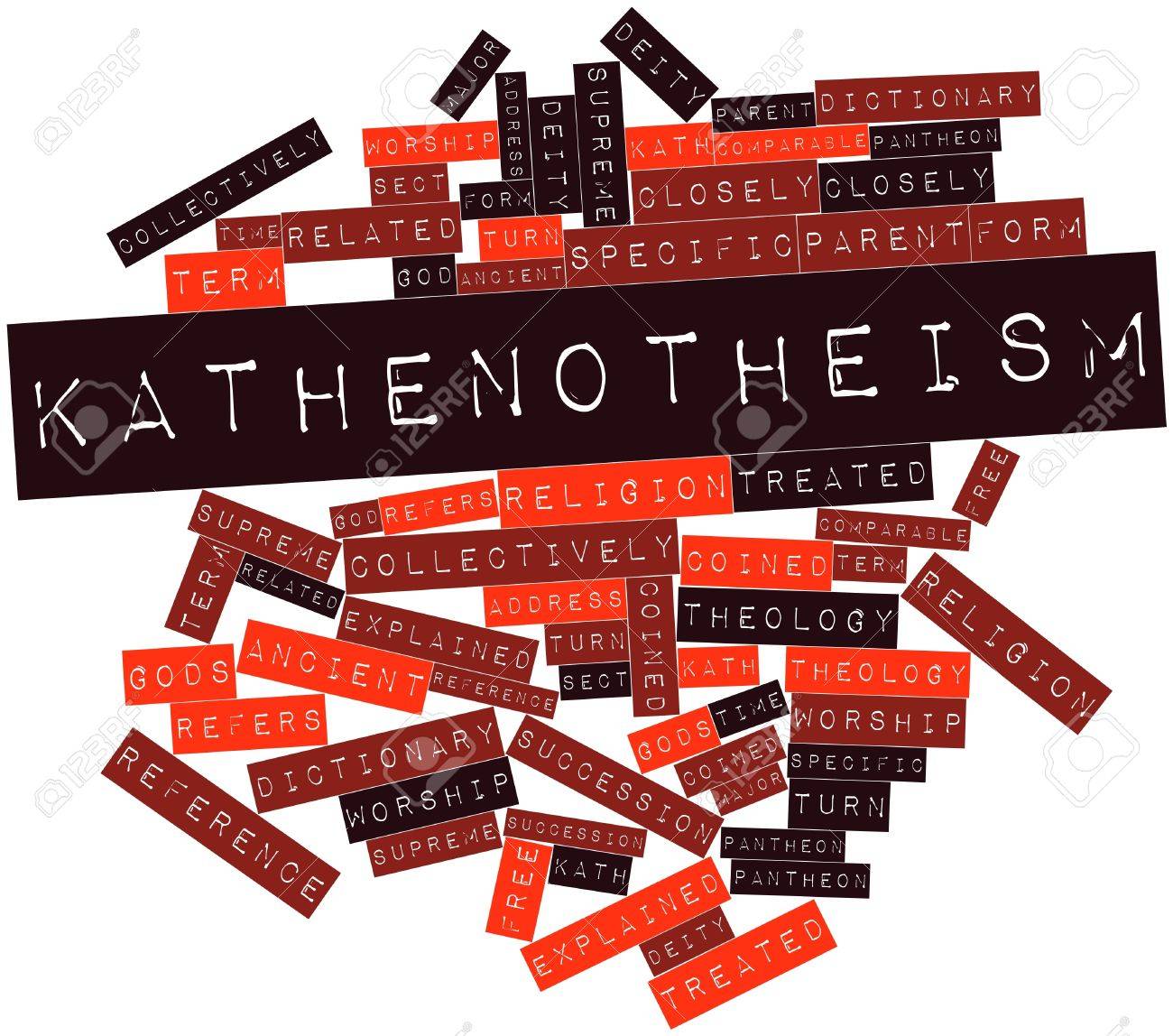 “a form of polytheism characteristic of the Vedic religion, in which one god at a time is considered supreme,” 1865, coined in German by Max Müller from Greek kath’ hena “one by one” + theism. Müller also coined henotheism (1860), from Greek henos “one,” for “faith in a single god” as distinguished from exclusive belief in only one god, in writings on early Hebrew religion.