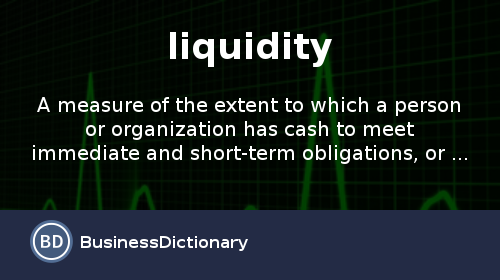 Origin of liquidity From the Latin word liquiditās, dating back to 1610–20. See liquid, -ity Examples from the Web for liquidity Contemporary Examples of liquidity

The condition of having enough money on hand to meet financial obligations without having to sell fixed assets, such as machinery or equipment.