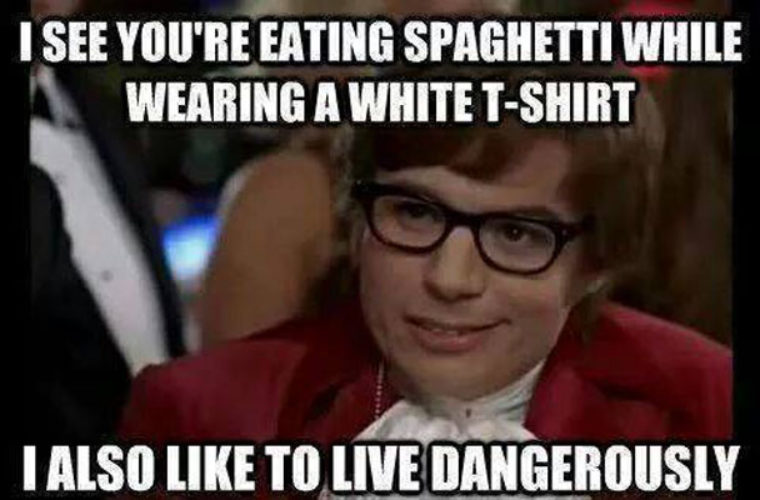 Take numerous risks, be daring, as in Bill never knows if he’ll have enough money to pay the next month’s rent—he likes to live dangerously. This expression figured in the work of such 19th-century German writers as Nietzsche, who regarded it as an admirable course of action. Today it is often used with mildly humorous effect, as in the example. [c. 1900]