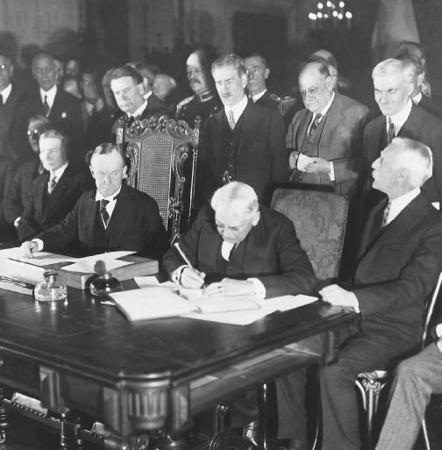 Locarno Pact noun a series of treaties, concluded in Locarno, Switzerland in 1925, between Germany, France, Belgium, the United Kingdom, Italy, Poland, and Czechoslovakia. The principal treaty, between Germany, France, and Belgium, concerned the maintenance of their existing frontiers, settlement of disputes by arbitration without resort to force, and the demilitarization of the Rhineland. This treaty was guaranteed by the United Kingdom and Italy but was violated when Germany occupied the Rhineland in 1936Also called: Treaties of Locarno Liberaldictionary.com