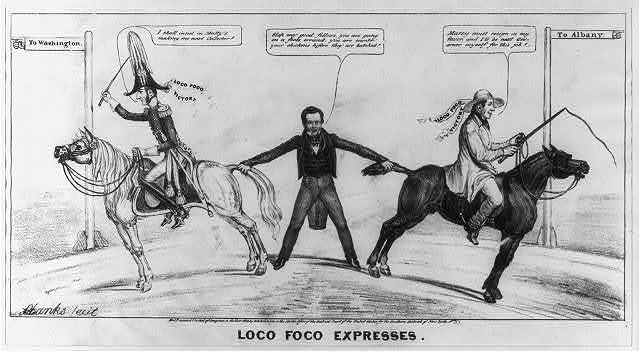 “self-igniting cigar or match,” 1839 (but presumably older), American English, of unknown origin, perhaps from a misapprehension of the meaning of the first element of locomotive as “self-” + Spanish fuego “fire.” During one heated political meeting in N.Y., the lights went out and the delegates used such matches to relight them, thence the name loco-foco entered U.S. political jargon (1837), usually applied to a radical faction of the Democratic Party, but by the Whigs applied to all Democrats.