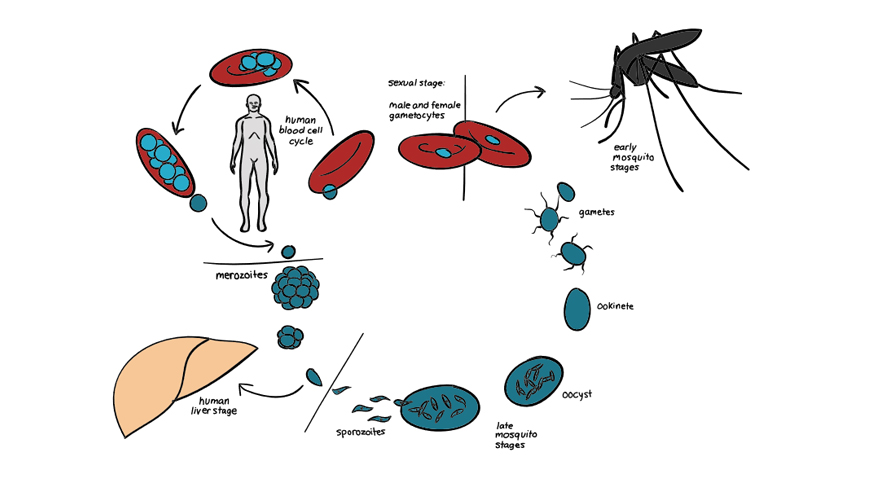 An infectious disease caused by a parasite that is transmitted by the bite of an infected mosquito. Persons suffering from malaria experience periodic episodes of chills and fever.