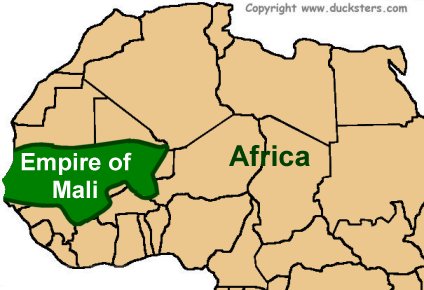 A huge territorial empire that flourished in west Africa during the thirteenth and fourteenth centuries. Its capital was Timbuktu, which became a center of Islamic learning (see Islam). The empire controlled trade routes that stretched from the edge of the Sahara in the north to forests in the south and that carried gold and other luxuries.