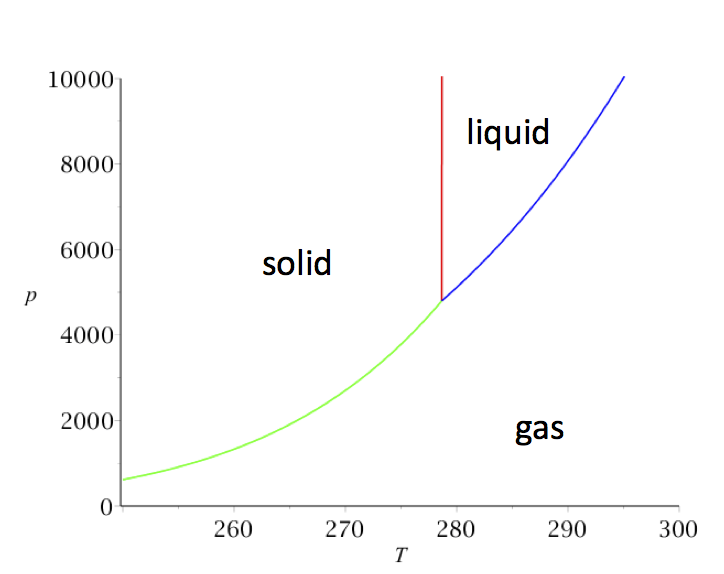 The temperature at which a given material changes from a solid to a liquid, or melts; the same temperature as freezing point. (See phases of matter.)