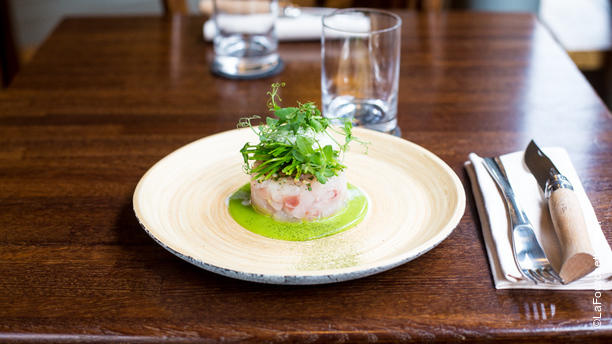 n.“altar top,” 1848, Latin, literally “table,” also “meal, supper,” and “altar, sacrificial table,” hence used in Church Latin for “upper slab of a church altar” (see mesa). With a capital M-, the name of an organization for people of IQs of 148 or more founded in England in 1946, the name chosen, according to the organization, to suggest a “round table” type group. The constellation was originally Mons Mensae “Table Mountain.” La Caille, who did so much for our knowledge of the southern heavens, formed the figure from stars under the Greater Cloud, between the poles of the equator and the ecliptic, just north of the polar Octans; the title being suggested by the fact that the Table Mountain, back of Cape Town, “which had witnessed his nightly vigils and daily toils,” also was frequently capped by a cloud. [Richard Hinckley Allen, “Star Names and Their Meanings,” London: 1899]