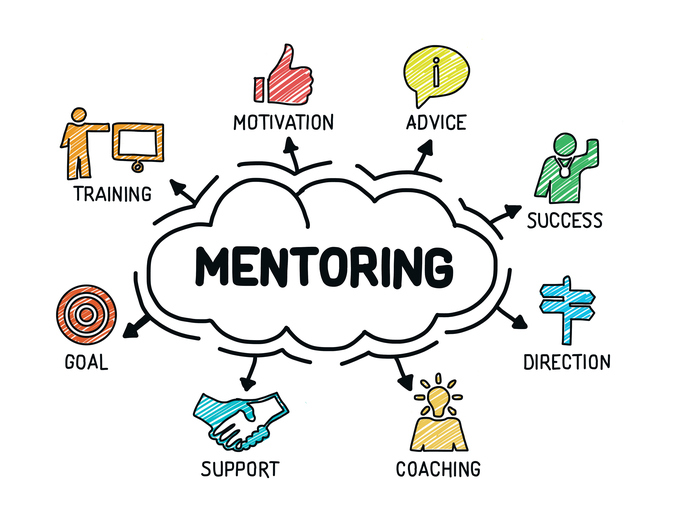 n.“wise advisor,” 1750, from Greek Mentor, friend of Odysseus and adviser of Telemachus (but often actually Athene in disguise) in the “Odyssey,” perhaps ultimately meaning “adviser,” because the name appears to be an agent noun of mentos “intent, purpose, spirit, passion” from PIE *mon-eyo- (cf. Sanskrit man-tar- “one who thinks,” Latin mon-i-tor “one who admonishes”), causative form of root *men- “to think” (see mind (n.)). The general use of the word probably is via later popular romances, in which Mentor played a larger part than he does in Homer. v.1888, from mentor (n.). Related: Mentored; mentoring.